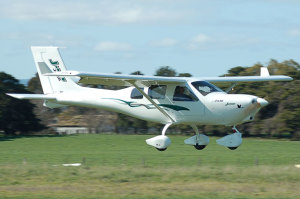 RA-Aus is almost certain to get a weight limit increase to 760 KG after an email was leaked from CASA virtually confirming the fact. The email from CASA Aviation Group Executive Manager, Graeme Crawford, states the following:

2. After much deliberation CASA concluded any weight increase would need to be done progressively and any subsequent increase would only be considered if RAAus could demonstrate to CASA’s satisfaction that the previous increase had be achieved successfully from a civil aviation safety perspective. With that in mind CASA proposed an initial increase of MTOW to 760 Kg

3. RAAus Aircraft within the 600 to 760 Kg range that are professionally built (by an OEM) will continue to be maintained under the current maintenance regime i.e. a CASA approved maintenance organisation (CAR 30 or CASR 145) utilising persons who hold an Aircraft Maintenance Engineer Licence.

4. After the establishment of an acceptable maintenance procedures course, and on the basis of a reasonable period during which that course is shown to have been conducted to an acceptable standard, CASA may consider a variation to 3. Above for amateur built aircraft only.

A CASA spokesperson told Australian Flying, “We’re talking with RA-AUS about the weight increase issue, but nothing is settled as yet.  There are lots of details to work through with maintenance issues an important part of ensuring safety is protected.”

A spokesperson for RA-Aus said, “RAAus continues to work with CASA on our weight increase. We’ve made significant progress in recent months and are excited by the possibilities for our members. It’s too early to discuss the finer points concerning maintenance and other requirements, suffice to say our focus is on ensuring a standard of maintenance that meets our safety expectations, while at the same time creating an opportunity to develop pathways and stimulate prospects for licensed and qualified maintainers."

While neither CASA nor RA-Aus is willing to confirm the details at this stage, it is anticipated that the weight increase may be granted in line with CASR Part 149 when Approval for Self-Administering Aviation Organisations (ASAO) is reformed and released.